Meet the UK ‘s crowdfunding superstars – Inside Out, BBC 1

If you had a great idea for a new product or service, how would you go about raising the funds to turn your idea into reality? In this episode of Inside Out, BBC 1 investigates the growth of inventors and entrepreneurs going online to search for potential investors who pledge money in exchange for gifts or perks rather than company shares. Last year this trend for crowdfunding raised an incredible 120 million pounds for British business ventures. Wendy Hurrell went to meet some of the UK’s crowdfunding superstars. 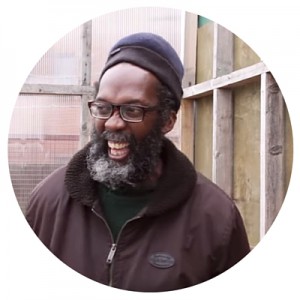 Superstars like Tottenham resident Dexter Kelly who is planning to create a community garden growing organic and exotic vegetables. Alongside the garden there will also be a cafe where youngsters can learn how to cook healthily as well as a market to sell the food and create a sustainable future for the garden.

This land belongs to a local charity the Selby Centre. The organisation was so impressed with Dexter’s plans they offered him the land and agreed to help him fundraise the £11,000 the project needs to become a reality.

The money will be raised through crowdfunding and this is the first time the Selby Centre tried to raise money in this way. Dexter’s global garden will launch on Spacehive, UK crowdfunding website which specialises in raising money for community projects.

Chris Gourlay, Founder of Spacehive, believes it is the nature of the internet itself that makes crowdfunding different. ‘It’s a more liberal place, an ecosystem where ideas can rise and fall really quite effectively, almost a Darwinian type place.’

Worldwide crowdfunding raised nearly a billion pounds last year and an estimated one million project was launched with the majority coming from America. But to capture the imagination of the crowd you need to have a great idea.

Have you got a great idea to transform a community space? Create a project here. Or could you support others in doing so? Become a Spacehive partner here.